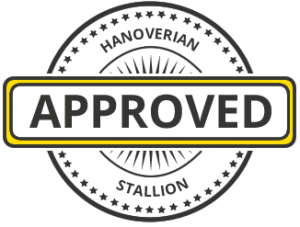 Australia has access to a new Olympic Grand Prix stallion! Sporting success , based on an unparalleled work ethic, great balance , excellent quality of movement and great willingness to collect Quando-Quando points the way to the future. He puts a spell on everyone when he enters the ring with his balanced spectacular gaits. His career in sport and breeding could not have been more remarkable. In 1995 he was a top colt at the Vechta Auction, then went on to become the 1c Premium winner at the stallion licensing and then the undisputed winner of his stallion performance test. He received the

highest score possible of 10 for character and willingness to perform. He received a score of 9.5 for rideability and straight 9 for walk, trot, and canter. He has participated in the Bundeschampionat final for 5 and 6 year old dressage horses, 5th place at the World Championships for 6 year old dressage horses as well as 5th place at the Nurnberg Burgpokal in 2003. In 2004 he won the VTV dressage stallion of the year award. Following this he won several international Grand Prix classes.

In 2004 he won the World Cup B finals in Dortmund which resulted in his nomination for the Olympic games in Athens. In 2006 he was the most successful Oldenberg at the World Championships. He represented Australia at the 2009 Olympic Games in Beijing. Quando-Quando is in the top 5 for dressage stallions in Germany with a breeding index of 151 pts.

Quando -Quando has already produced seven approved sons (including Quaterman , father of the national champion quarterback , the Mecklenburg stallion licensing Quiztime / Ldg . Celle and the premium stallion Qualia). Championship winning foals (including the winning colt in Plaaz 2007 with the final score 9.33 ) and winning mares in breeding Championships and show horses catapulted to international competition places up to Grade him at a young age of the “Top Five ” of dressage stallions in Germany. Quando -Quando – an alternative blood at the highest level!

Quando-Quando has strong hereditary traits. His offspring are very popular because of their modern, noble looks, outstanding rideability and strong movements and they also have the good jumping ability his pedigree promises. More than 90% of his foals were awarded a Premium at the Oldenburg branding events in 2004. He sired the top price foal, Quattoleur at the Elite Auction in Verden which attraced a price of 55000 euros!