Welcome to the story of the Hanoverian horse. Few people realize that this noble breed of horse has one of the longest traceable genetic lineages in the equine world; the story behind this being just as interesting as the understanding of the modern Hanoverian horse today. 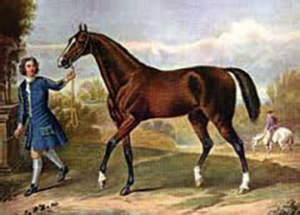 Origins of the Breed

The story starts in 1684 with the birth of one of the three founding stallions of both the Thoroughbred and subsequent Hanoverian breed of horses. At the Battle of Buda (1686) in Hungary, a feisty dark bay stallion was captured by Captain Robert Byerley. The horse was to become Captain Byerley’s war horse and, after the European conflict, was transported to Ireland in 1689 to further serve with his master at the Battle of the Boyne before commencing his stud duties. This strikingly handsome and refined horse was to be known as ‘The Byerley Turk’.

Prior to the death of The Byerley Turk, the next influential stallion was born. This stallion, known as the Darley Arabian, was bought in Aleppo, Syria, by Thomas Darley in 1704 and transported back to England. At only 15 hh, he was a small horse, but had an elegant refinement which was not yet present in the English and European horses. By 1722, this stallion was to be considered the leading sire in Great Britain and Ireland and, today, it is estimated that 95% of the modern Thoroughbreds can trace back to this single stallion.

The last of the founding stallions was born in Yemen in 1724 and gifted to Louis XV of France in 1730. His potential as a breeding stallion was not realized by the French Court, and so he was sold to Mr Edward Coke and transported to Derbyshire in England. On Coke’s death, the horse was again sold – this time to the 2nd Earl of Godolphin who then kept him at stud in Cambridgeshire. As with the Darley Arabian, this stallion was only 15 hh, but had the distinguishing feature of an unnaturally high crest. His name, the Godolphin Barb, was thought to reflect not only the Earl who owned him, but also the horse’s country of origin, Tunisia, on the Barbary Coast.

In Germany, the horse was traditionally used in agriculture as a work beast associated with pulling a plough or cart. The horse was heavy in frame, strong and robust, but with a willing and trainable temperament – a characteristic suitable for what it was bred to undertake. However, the development of modern warfare and the need for carriage transport for the general population provided the impetus to consider infusing the genetics of the three founding stallions with the heavier German horses to produce horses simultaneously suitable for agriculture, harness and cavalry mounts.

In 1735, George II, King of England and Elector of Hanover, founded the State Stud at Celle with this express purpose. By 1844, a German law was passed that allowed only stallions that were passed by the inspection commission to be used for breeding purposes. This prompted the formation of a specific Hanoverian breed society in 1867 whose aim was to produce both coach and military horses. The Hanoverian was to become the most popular breed in Europe for coach and army work.

The demand for Hanoverians declined after World War I with the focus shifting to the production of horses suitable for agriculture and riding. Further refinement of the genetic pool progressively produced the modern Hanoverian horse that we know today. The aim was to breed an elegant horse with a trainable temperament, a strong back, athletic movement and around 16-16.2 hh. Colour was unimportant. However, the modern Hanoverian does not include palomino or buckskin. 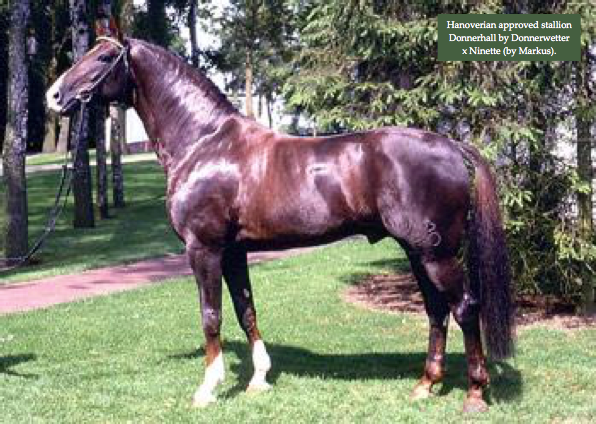 The stud book was first published in 1888 and was known as the Hanoverian Warmblood Stud Book. In it, the roots of the founding stallions are clearly identified. 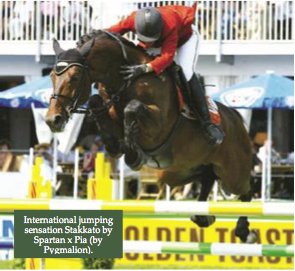 From The Byerley Turk line we have:

From the Godolphin Barb line we have: 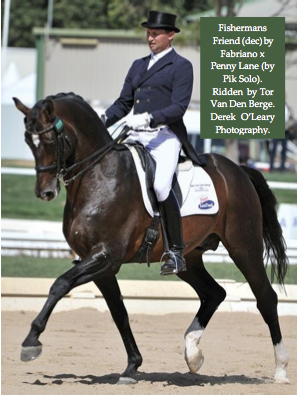 Finally, from the very successful Darley Arabian line we have:

This list is far from complete, but does indicate both the large number and diversity of equestrian disciplines for which the Hanoverian horse is suited up to international competition level.

The ongoing refinement of the Hanoverian gene pool is not only the product of diligent screening of both appropriate mares and suitable stallions in any breeding program, but also reflects the data gained from the ranking of the Hanoverian competition horses in the World Breeding Federation for Sport Horses (WBFSH).Out of all Warmblood studbooks, the Hanoverians have been the most successful in international dressage competition worldwide. They have also been awarded top five internationally in show jumping and third in eventing, as ranked by the WBFSH and the FEI since standings began to be published in 2001.

The Foundation of the Verband

The Hanoverian Stud Book was transferred from the Chamber of Agriculture in Germany to the Society of Hanoverian Warmblood Breeders (the Hannoveraner Verband) in 1922. The Verband represents the unification of 54 local breeding clubs and accounts for more than 10,560 breeders. The Hannoveraner Verband, through its breeding guidelines, classification processes for stallions and mares, training programs, and sales of elite and performance horses, mares and foals promotes and supports the ongoing development of the Hanoverian horse today. 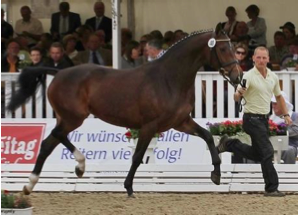 The Hanoverian Horse Society of Australia

The Hanoverian Horse Society of Australia (HHSA) was established in 1993. It is a daughter society of the German Hannoveraner Verband. In the same manner as the Verband, this breed society aims to be instrumental in the development and support of the Hanoverian horse here in Australia. Annual mare and stallion classifications and foal registrations are organised with the support of the Verband classifiers, and with our own Australian classifiers who were trained in Germany. Training clinics with German instructors and competition sponsorship, such as the Young Horse Championships at the Sydney CDI, have also historically been organised by the HHSA. The HHSA is a member of the WBFSH. This membership allows horses registered with the HHSA, such as our Australian-bred horse SPH W. Dante, who later sold at auction in Germany for 2.8M Euro, to compete at the World Young Horse Championships in Europe.

With the ‘globalisation’ of breeding programs through the use of frozen semen and the movement of horses across the oceans for competition, the HHSA provides member support with discounted semen from the Celle State Stud in Germany and, more recently, has established international passports for all foals registered with the society. With members in every state, the HHSA offers a community of people passionate to promote the Hanoverian horse.

The objectives of the Hanoverian Horse Society of Australia include the following important areas:

To find out more about the Hanoverian in Australia, email hanoverian@hanoverian.org.au.

Currently, there are more than 100 Hanoverian licensed and performance-tested stallions standing at stud worldwide available by fresh, chilled or frozen semen. Of these, 15 stallions are resident in Australia and are available via fresh and/or chilled semen delivery. Many riders want to purchase a Hanoverian, rather than breed one. Both the studs and the members of the HHSA are a great way to access young stock or horses under saddle for anybody wanting to purchase a quality horse. Remember, it is the strength of the selection process in the breeding program developed in Germany and continued here in Australia that ensures the high standard of horse produced, regardless of whether it is a future Olympian or a general performance horse.

Whether you are interested in a competition or pleasure horse, the HHSA can assist you in finding your dream equine partner. To find out more, go to the HHSA website located at www.hanoverian.org.au. The site has been designed to provide you with a wealth of information about the Hanoverian breed and what it has to offer you. 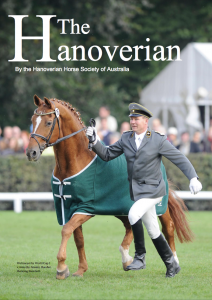