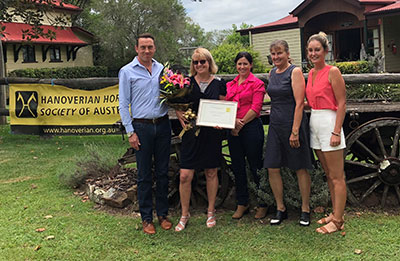 HHSA Committee Members at the 2017 AGM 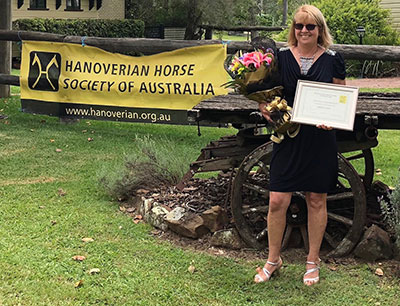 Detailed below is a list of the HHSA committee for 2018.

Dean has been actively involved in the horse industry for over 30 years breeding, riding and training horses. He currently competes his imported Hanoverian Gelding at FEI Level Dressage. Dean owns and runs a boutique Dressage property in the sunshine coast hinterland, EQuest Dressage.

Dean frequently travels to Germany to broaden his knowledge and insight into the Hanoverian breed. This travel has enabled Dean to develop strong relationships and networks within Germany.

Dean has been an active member on the HHSA committee for a number of years. He has helped with the development of the HHSA website, and organized the on-line forms. Dean continues to look after the Hanoverian Website and Facebook page in addition to helping to coordinate the annual HHSA Gatton Young Dressage Horse Competition. 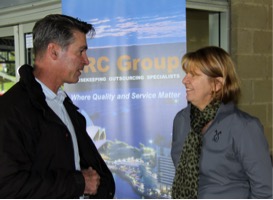 Michael is a veterinarian who has worked in 100% equine practice for over 20 years predominantly in the field of performance horses. In 1996 he opened his own equine veterinary practice in Oakford, Western Australia and the business has now developed into one of WA’s premium reproductive centres. With an indoor jump dummy and state of the art equipment, the hospital caters for all stallion and mare reproductive work.

Michael was a competitive event rider before the veterinary business grew too large, hence leading to becoming a breeder of quality horses. Over recent years Michael has imported 2 State Premium mares and the licensed and performance tested Hanoverian stallion Showdown. His now famous dam line still resides in Germany with young stock by Damon Hill, Sezuan and Ampere.

The equine business has grown further to now include the importation of frozen semen. Please see Oakford Equine Hospital on the web for frozen semen information.

Michael has a strong interest in the Hanoverian breed and travels to Germany at least 2 to 3 times per year and has many contacts within the German Verband and local breeders. Michael looks forward to playing a more active role in the development and promotion of the Australian Hanoverian Horse as vice president in 2018. 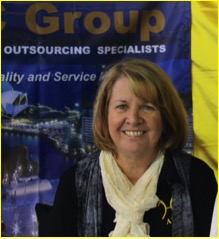 This AGM brings to an end Janette’s fourth year as President of the HHSA. For the past year Janette has filled in as Registrar as well as being President. Because Janette was wearing two hats, President and Registrar the work load was high. Despite enjoying the role of President, she felt the Society’s main objective is the registration of horses and the Registrar position must be filled. The Registration work must be carried out efficiently and she felt her knowledge was best used in this position.
Since taking on the role of Registrar Janette has implemented the upgrade of the domestic database so that breeders can have access to the stud book, using their membership number and email address.

After 8 years as Secretary, Janette became President for 4 years and now is prepared to officially take up the position of Registrar. Janette firmly believes that changing roles is a way to boost enthusiasm and this results in new concepts and new ideas and the progression of the Society.

Janette works as a real estate agent and assists her husband Kevin in managing Benchmark Hanoverians, a small stud located at Tallegalla half way between Brisbane and Toowoomba. 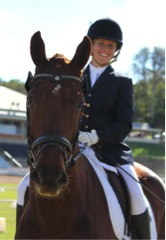 Clare Muller is a Chartered Accountant whose career started at Deloitte in Sydney. She secured an accounting role with a multinational corporation, and ultimately become financial controller of this company, with her career taking her to New Zealand, Thailand and the USA. Whilst Clare enjoyed the challenges in this role, the international commitments were not compatible with running a breeding operation and progressing the training of her dressage horses, and so, in 2009, Clare started her own accounting practice in Toowoomba which she continues to run today (tax minimization for horse industry clients a specialty).

Clare lives on the Darling Downs, just outside Toowoomba, with her husband Luke and two children. The family’s pastoral business, “Muller Bloodstock” which commenced in 2006, incorporates cattle production, breeding Quarter Horses for Luke’s camp drafting interests and Hanoverians for Clare’s dressage. While the Hanoverian breeding aspect is only a small operation, they are very proud of the quality of the horses produced, and the depth of the broodmare band that includes mares by Londonderry, Wenzel, Desperados and Diamond Hit. 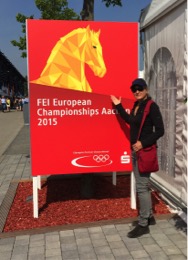 Kim teaches biology, junior science and mathematics at Beaudesert SHS. She previously volunteered for 7 years with the Arundel Park RDA and earned the NCAS RDA Level 1 Coach certificate. A Masters of Guidance and Counselling followed from UQ St. Lucia. HHSA member socialization, listening to individuals and the promotion of team-work is important to Kim.
In her first two years on the committee, Kim collated and produced the HHSA Newsletter, then took on the role of Secretary in 2014 to support Janette in her new venture as President. Her hope for HHSA is that the Society continues to grow and flourish under a stable and friendly management team so as to support and strengthen Hanoverian breeders and riders in Australia and worldwide.

Being an idea person, the following changes came from here:

Thankfully, Janette has balanced out many of the not so good ideas for change that you will never hear of.

Harrier Hill is the name you see on fb when posting photos and sharing news rather than my personal name. Harrier Hill Hanoverians is the business that breeds young Hanoverians on 50 acres on the Gold Coast hinterland, QLD.

General Management Committee positions (in alphabetical order, as below) 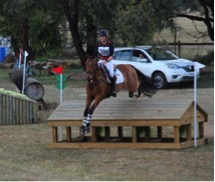 Callum is a keen young eventer currently competing at 2* level whilst completing a double Business Degree at Monash University.

He is particularly interested in furthering the involvement of the HHSA in Australian show jumping and eventing. He feels he can bring a fresh perspective to the committee and help expand the membership base beyond the traditionally strong dressage roots.

HHSA looks forward to Callum supporting members interested in jumping and eventing in NSW and Victoria. 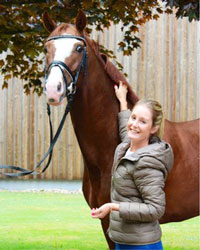 I have been on the HHSA Committee for the past two years and have thoroughly enjoyed working with a hard working and passionate team. In that time I have held a couple of roles, including Registrar, and now look after all the change of ownerships. I am also a member of the QLD Young Horse sub-committee, and I look forward to the HHSA running a top quality young horse event for QLD early next year.

I began breeding 8 years ago with my first foal Sevenoaks Fabiana becoming an elite mare, and from that point forward I had the breeding bug. I might be biased, but I think Hanoverians are the most impressive, athletic and diverse breed, and I am proud to base our breeding program around one of the most successful breeds in the world.

In 2008 I travelled to Germany and spent several months working at Hof Bruening, where my knowledge of breeding and all things Hanoverians expanded greatly. I came home with an enhanced appreciation for the breed, which has since seen our number of Hanoverians dramatically increase. Since then I’ve completed a Bachelor of Arts at the University of Queensland, with majors in criminology and sociology, and my skills include excellent organisational and computer skills.
I then returned to Germany and spent some time working for Aussie Olympian Hayley Beresford. I took this opportunity to attend more than ten breeding farms and stallion stations to improve my knowledge of Hanoverians and breeding.

I currently work full time on our property Sevenoaks Farm, located in South East QLD, as manager and rider. 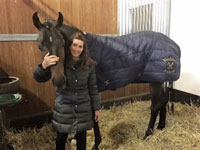 Arnage Warmblood stud now situated on the Sunshine Coast at Cooroy on 150 acres. Madonna has produced and imported two stallions from Germany: Fiderfurst the Qld Advanced Champion and Premonition the State 3 Star Eventing Champion. She has also bred a licensed Stallion by Furstenball/Dancier in Germany and has had another colt by Benicio selected for the November 2017 Westfalen Licensing.
She has imported seven mares from Germany, winning best 3 year old Hanoverian mare in Australian with a De Niro mare and also winning the best Hanoverian Dressage mare in the Queensland Mare Performance Test with a Furstenball mare. Madonna and Arnage Warmblood stud has sponsored the Qld Young Riders Squad for 3 years.

Through Saddleworld in Gympie, Madonna has supported a number of equine events and classes as well as helped many to find the right saddle and tack for the job. Madonna is very familiar with working with staff, and maintaining happy teams to accomplish agreed upon goals. Cooloola Dressage Group has benefitted from having Madonna work as President and Treasurer in the recent past. 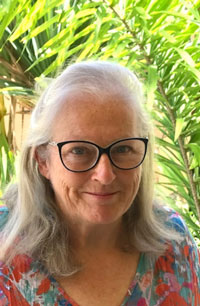 Pamela Maclean is a Solicitor by profession but a warmblood breeder by passion, based at WineGarden Warmbloods in northwest NSW where she runs a small stud on the Castlereagh River since 2008.

She has a small her with three breeding mares and very proud of the first horse she bred which has won the Taylor Farley Memorial Trophy at Victorian State Young Riders. Pamela currently has two youngsters training for Young Dressage Horse and Young Event Horse competitions as well as three 2 year old fillies coming on.
She enjoys learning and spends hours researching and pouring over horse pedigrees and videos, visiting studs to view stallions and progeny in person.
Of particular interest to Pamela is the Hanoverian Jumper-Breeder Programme and in breeding quality dual purpose event and sport horses.